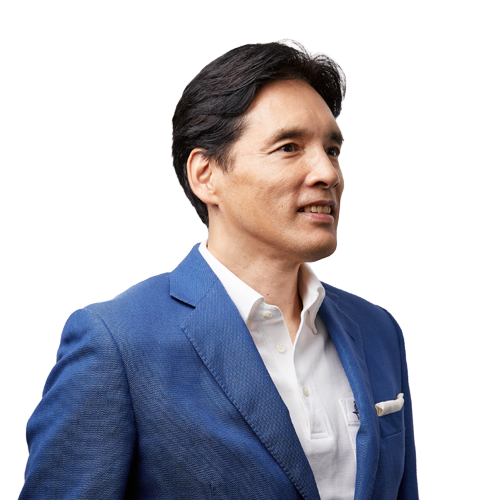 A Harvard MBA graduate and former Sumitomo Corporation employee, Mr. Hori founded the Entrepreneurs’ Organization (EO) Japan Chapter in 1995 and became the first board member from Asia in charge of the Asia-Pacific region in 1996. He also served on the World Economic Forum (WEF)’s New Asian Leaders Executive Committee and Global Agenda Council on New Models of Leadership, as well as the Harvard Business School Alumni Board from 2005 to 2008. Currently, Mr. Hori serves on the Global Advisory Council of the Wilson Center (based in the US).

In 2008, he launched the G1 Summit – a Japanese version of the WEF’s annual Davos Forum. This led to the foundation of G1 Institute in 2013, which Mr. Hori serves as President, and Mr Hori’s publication of “100 Actions,” a vision for a better Japan.

Just days after a huge earthquake struck northeast Japan in March 2011, Mr. Hori launched Project KIBOW to support the rebuilding of the disaster-affected areas. Mr. Hori now serves as the President of the KIBOW Foundation and manages the KIBOW Impact Investment.

An avid enthusiast of the Japanese game Go since age 40, Mr. Hori has been Director of the Nihon Ki-in (Japan Go Association) since June 2013. He also serves as Ambassador for his hometown Mito City and Ibaraki Prefecture. In April, 2016, he purchased the Ibaraki Robots Sports Entertainment and serves as its CEO and principal owner.

He has authored several books including Visionary Leaders who Create and Innovate Societies, Six Dimensions of Life, and My Personal Mission Statement.

Mr. Hori received his BS in Engineering from Kyoto University and his MBA from Harvard Business School.

He is an avid swimmer and enjoys spending time with his family, especially his five sons.